What a year! 2021 has proven to be quite the year. We are grateful for the challenges and blessings that seemed to abound this year! It has been another one for the books and has given us numerous opportunities to reflect on our Savior and our Father in Heaven and the matchless love they have for each of us. We are grateful for the opportunity to connect with friends and share how our 2021 went. Here’s a look at the year for the Burkinshaws.

Emerson (2) continues to be as busy as ever. He loves walks and runs to the park. Emerson is very talkative and has an opinion about almost everything! He knows exactly how to get what he wants with his sweet voice and coy grin. His older sisters love to assist him. And, Ewan is his best buddy even at odd hours of the night when Emerson wakes him up. At the beginning of the summer he was a little hesitant with swimming pools, but he has quickly warmed up to the pool and is the first to get his swimsuit on when at Grandma and Grandpa’s. It’s a good thing he can’t reach the deadbolt for the backyard. Emerson loves nursery! He has “best friends” and talks about them throughout the week. He loves Mickey Mouse and cannot get enough of Roadster Racers. He’s the first one up in the morning, and is full of energy! We love our Emerson!

Isobel (3) is so much fun! She is still our busy, busy kid. Child Proof door knobs, locks on gates, and high shelves are the only things stopping her from a world of adventure, we’re sure! She’s still all about dresses and fancy things. Isobel gives compliments and hugs to all the ladies she meets. Her favorite phrases are, “You are lovely!” and “Your toes are so colorful!” She’d probably find a new family if we let her, but we’ll keep her as ours! Isobel took a break with naps, but her body (and maybe Molly more so) realized that she needs rest to be happy, and oh how our home is much better when Isobel is happy! She takes a nap along with Emerson everyday for 2-3 hours. It makes 5pm less stressful for everyone! Isobel is still an independent player. She can spend hours and hours coloring a picture or building towers as long as no one bothers her. We love her so!

Adelaide (6) is all about 1st grade. She loves Mrs. Cardenas! She is a great little reader and always takes the part of Piggy for bedtime stories. She played soccer in the Spring and Fall seasons. She scored two goals and is starting to figure out that she doesn’t have to run next to the opposing team, she can take the ball away and it’s not being mean. Molly got to assist in coaching her team and loved watching Adelaide interact with the other girls on the team. There are a lot of hugs, cartwheels, and bows. Adelaide loved being a Shooting Star! Adelaide has started piano lessons with Grandma Stacey via Zoom. She is the first to practice when she gets home from school. She has a good ear and loves to sing the songs and clap the rhythms. Adelaide is full of sunshine and loves everyone! She runs the neighborhood with her friends, and now has a watch so she knows when to be home for dinner. We love our Lady Bug!

Esme (7) is just as hilarious as ever! She loves to tell jokes and make people laugh. Esme has also discovered cute boys...Molly has been finding little notes all over the house declaring Esme’s affection. It’s cute, but also a little worrisome. We’re not so sure we're ready! Esme also played soccer Spring and Fall. Her team is fast! They’re probably the most petite team in their age group, but they sure know how to move that ball down the field. They had a winning season, losing 2 games to the two older teams in their division. Their last game got a little physical, with Esme taking the brunt of some shoving. She ended up scoring two goals back-to-back with her team winning 7-1. She loves reading and writing and math. Her teacher, Mrs. Gee has only the sweetest comments for Esi. Esme also discovered she’s double-jointed in her shoulders, which she enjoys showing everyone, multiple times a day...She’s just so much fun!

Elin (10) has truly bloomed this year! She has been making friends all over the place and really coming out of her shell! She begs almost daily to do something with somebody. The 5th graders in our district attend a three day camp. Molly was one of the chaperones for 150+ 5th graders from our elementary school. Elin loved every minute of it! They had a lot of fun learning more Texas History, walking around the woods, doing the zipline, staying up way too late, and eating plenty of child-friendly fare. Elin also played soccer Spring and Fall this year. She was a little hesitant, but she loves it! Coach Jamie is amazing and Elin gets better and better every game and every practice. Elin has also discovered a love for running. She spent many summer mornings running with her friend, Maggie. Elin is pretty fast and got 5th female in a local 5k. She did so well! We are so grateful for Elin!

Ewan (12) is finally a Deacon! We can’t believe how much he has grown over the last year. He’s even a middle-schooler now! Eeek! Ewan enjoys middle school and getting to take Engineering, GT Math, Science and English, and Simfonia Orchestra. It keeps him busy, which is a good thing. He spent a lot of his summer running around the neighborhood with friends, reading every book he could get his hands on, and playing on the Switch. He really enjoyed having time with The Uncles when they drove home with Molly from Utah. The Uncles know how to have a good time! He may have also discovered girls, but we’re not supposed to talk about that... Ewan has had a few opportunities to go to the Temple and has enjoyed looking up family names to take and learning more about family history. He loves hearing stories about his ancestors. He’s becoming such a good young man!

Aislee (13) is thriving, and we are so grateful! She loves reading and researching. Aislee has been doing well in choir where she participated in a Solo Festival in the district. Although she was pretty nervous, she scored top marks in her division! She’s now a teenager, and enjoys some of the freedoms that come from old age, like babysitting! She is a great babysitter! Aislee ran at every meet for cross-country this year and got better with each one. She’s learning that running can be hard, but that she can do hard things. Aislee has always had a very determined personality. She will go far! She’s still trying to convince Mom and Dad that she needs a phone. We’re thinking about it, but thinking is different than actually doing..! She’s also starting piano back up with Grandma Stacey. Zoom is amazing! Aislee likes to make cookies for her friends. We’re glad she’s also good at cleaning the kitchen after she makes the cookies! She is very organized and neat which helps with so many! Aislee is just a joy to have around!

Olivia (13) is also a teenager. Yay! She finished out 7th grade ready for bigger and better things. She loves 8th grade and having more school activities and opportunities. She plays in the Chamber Orchestra, runs cross-country, and reads. She reads a lot! She’s also been babysitting. She’s learning a lot of great life skills so Molly won’t worry too much when she’s on her own. Olivia will know how to make a mean bowl of macaroni and most breakfast foods. She enjoyed going to Utah this summer. Her favorites were boating with Grandpa Tim and hiking at Zion National Park. It was probably the hottest hike we’ve ever done! But, the snowcones from the Tiki Shak afterwards may have been worth it! Olivia has noticed the boys she notices notice her, which is so fun…Oh, middle school. Maybe we’ll keep the braces on for a few more years! ;) She really is growing into a wonderful young lady, and we are so grateful for her!

Molly spent much of 2021 running, chasing, driving, and biking kids around. With 4 doing soccer, most of our Spring and Fall Saturdays were spent biking and walking to the park for games. This house was chosen for just that reason! We are grateful to live in an area with many opportunities and activities. We have had recitals, concerts, games, meets and many other activities that have kept Molly busy, and she is so grateful for healthy kids who continue to grow and do. After a few weeks in Cedar City welcoming her youngest brother, Kett home from his mission, Molly drove with her 3 youngest brothers and eight children home to Texas. Paul flew home a week ahead of them. The Brothers stayed for a week and Molly enjoyed morning runs, afternoon pool buddies, and late night movies with them. Molly also got to assist on Adelaide’s soccer team. It was a lot of fun! She’s also put together a children’s running club with her neighbor for the middle schools in the area. It has been good motivation for her to keep up her miles so she can keep up with them! There are a lot more years of running, chasing, driving, and biking for her to do!

Paul spent much of his 2021 doing a lot of running, chasing, driving and biking. He is the rock and support that keeps us all together. He’s still working from the bedroom. He’s been a good sport about the whole situation.  Paul had a bitter-sweet reunion with aunts, uncles and cousins in Wyoming when he was able to attend his sweet Grandma Kay’s funeral. We are grateful for her good example of love and sacrifice, and grateful for her reunion with her sweetheart, Grandpa Gary just days before their anniversary. What a marvelous moment that must have been! Paul has spent a lot of time with Molly’s “honey-do” list as we figure out projects for the house and yard. Paul also got to spend some time hiking with his brother, John in El Paso. They’ll have to do more of those trips in the future! Work is beginning to require more travel as things open up. Although Paul doesn’t necessarily like to travel, we’re sure he enjoys getting out of the bedroom/office!

We are grateful for another year of learning and loving.  We are grateful for the knowledge of our Savior, Jesus Christ, for his birth and life and the example He has set for us. As Elder Dieter F. Uchtdorf has said, “As we emulate His perfect example, our hands become His hands, our eyes His eyes, our heart His heart.” May we find opportunities to be more like Him, and that this new year finds us just a little more loving. 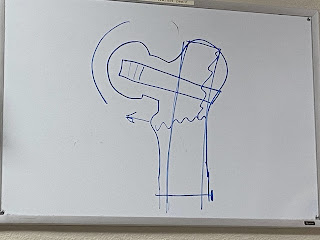 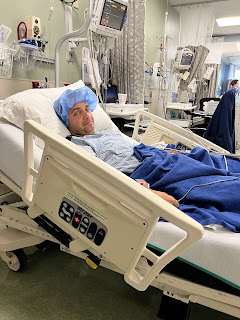 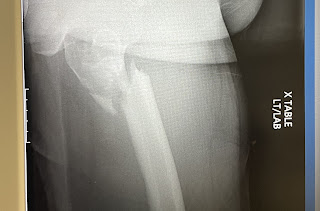 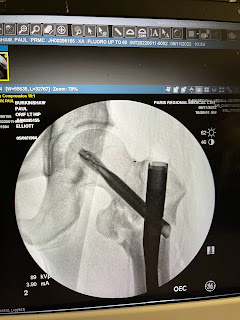 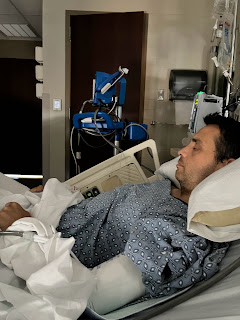 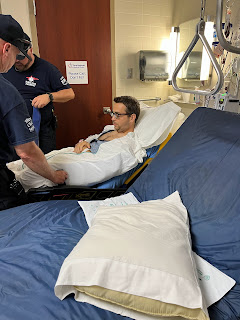 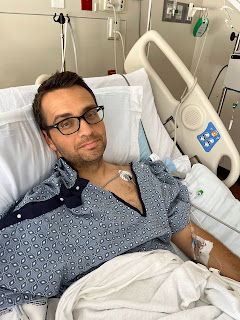 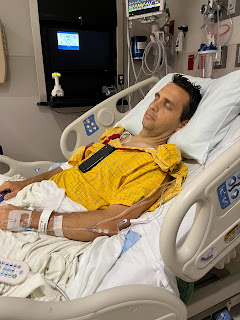 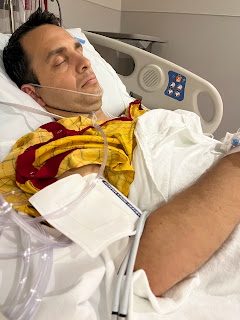 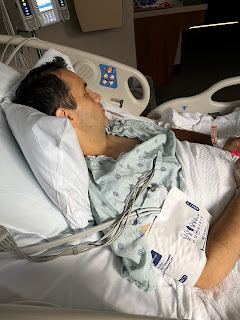 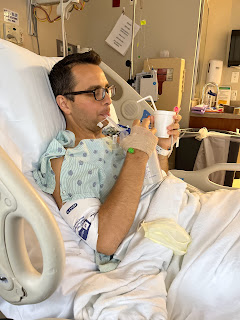 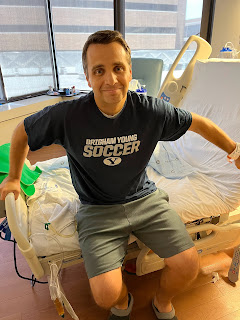 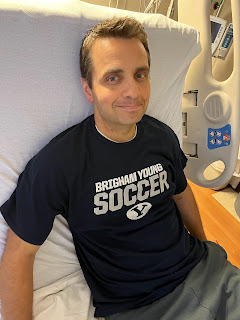 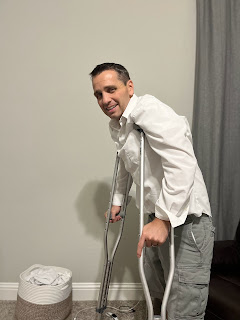